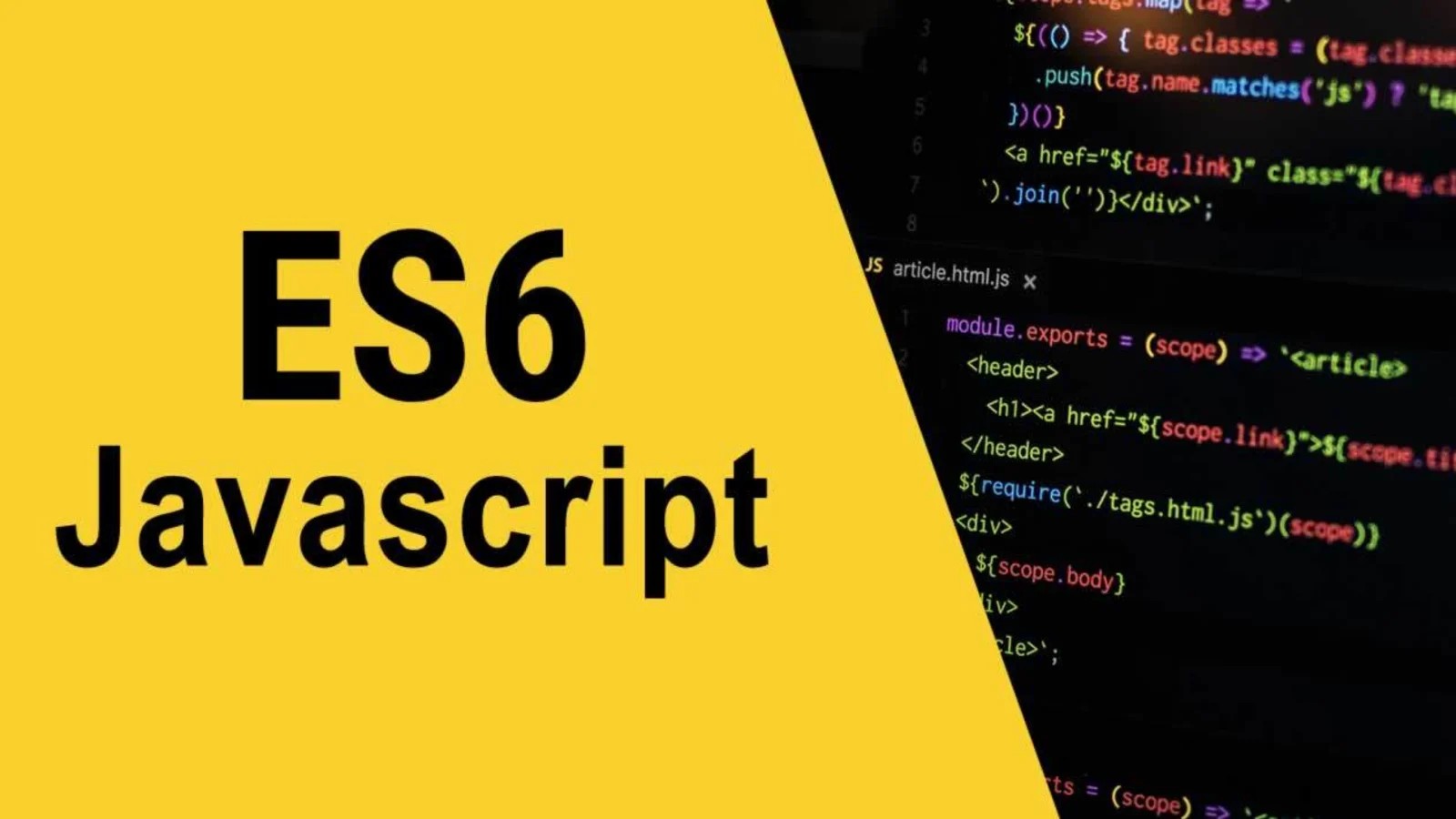 ECMAScript 2016 also known as ES6 has added many exciting features in the javascript developer toolbox. Released in June 2015, ES6 is the successor of ES5 which was released in December 2009.
ES6 specially added many shortcuts to make it, even more, user-friendly. It added lots of missing features all modern developer needs in a modern programming language.
Here we will enlist top 10 must know features of ES6.

String interpolation allows you to insert the JS variable directly inside a string declaration.
String interpolations also known as Template literals made working with strings much more fun. Now we can truly implement string.format() like functionality in other programming languages in JS itself. Before ES6 you had to perform messy string concatenation to generate the desired string with JS variables. ES6 made it really simple and fun . with use of back tilt (`) and ${} operators we can easily perform string interpolation.

1. It simplifies your code syntax
2. It prevents this from changing

As it doesn’t change, the global scope its really handy to use with

Because of its lightweightness and clean structure, it’s really great to use the arrow function as an anonymous function. As it doesn’t affect the parent scope working in the huge application is really a breeze.

ES6 finally brought true Object-oriented class design in JS making it familiar for many Java/C# developers out there. using new class and constructor keyword we can create traditional style class in JS. We can also extend one class by another using extends keyword. This extension made js looks more like other modern oop languages. Developers coming to JS from another background would find this structure very handy.

5. Block Scope for Let and Const

ES6 added the scopes to the blocks so whenever you declare the variables its scope will be different based on its scope. Before ES6 blocks didn’t do anything to the scope of a variable. var made everything of global scope .let and const did not just let users declare variables, it added block scopes making it more powerful than var. its like var with scope. const is immutable constant but as it is scoped, we can reuse it multiple times in code blocks without interference.

In ES6 function getAge returns 20 because it’s the only one with global scope inside the function.

Destructuring makes it really easy to pull variables and their values from objects and arrays. Before ES6 we must have to provide the name of the object and variable each time we have to create a new variable. with ES6 we can parse many keys from just a single line of code.

In ES6 name and age would be auto-filled from details object.

Although increasing some line of code Promises provide a great way to manage your asynchronous function calls. Each promise holds 2 objects resolve and rejects which fires as per the result of your async calls. Also managing asynchronous callback is a lot easier.

forEach: it allows looping across array elements really easy and fun.
instead of for x in y, we can use y.forEach(x=>{});

map: when we have to do some operations in an array element and return new array we can use the map function.

filter: Filter function makes it a lot easier to filter array elements and create a new array. For example, if we have to filter even numbers only from the list of numbers we can write the following code.

we can import both of them using,

It’s really handy when it comes on importing multiple modules from the same file.

Spread operator makes it really easier to destructure array into single arguments to be passed into the function as separate arguments.

This function also works in reverse for creating parameterized arrays.

Now we can create sum function with any number of input arguments.

Although not so huge change, new object literal syntax will save some of our time and improves the readability of our code. Previously we have to return from a method as an object of key-value pair, now JS automatically associates the value with the variable name.

Although it’s not so huge change it’ll save you some time.

These are the most important and must know ES6 features for every JS developer. Furthermore, ES8 is also released with some more exciting features. We’ll cover them in our next posts. Which feature did you like the most? please let us know in the comment section below. Thank You.

View all posts by sabin khanal →